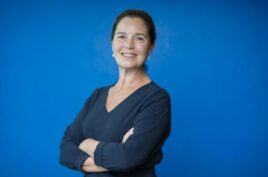 Dr. Kraneveld’s current research interests concern the study of the interaction between innate and adaptive immunity, as well as host-microbe interactions in chronic (inflammatory) diseases and treatment with pharmaceutical and nutritional interventions. The Kraneveld group focuses on in-depth research into the role of the gut-immune system-brain axis to enhance knowledge about the interaction of gut microbiota, the immune system and the nervous system in chronic (inflammatory) diseases in the gut, respiratory tract and CNS (neurological and neurodegenerative disorders). With advanced in vivo and in vitro models the Kraneveld group has gained more insight into the importance of the gut microbiota, their ligands/metabolites and associated receptors, the gut mucosal immune system in the tuning of the systemic immune system, with implications for local and external organ functions such as lung and brain. Aletta Kraneveld has set up a research program that became an (inter)national neuro-immune platform where academics, patient organizations and industry meet related to research on the gut-immune-brain axis, as a target for pharmaceutical and medical food concepts.