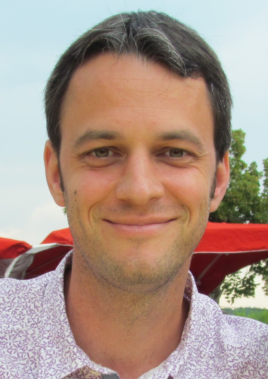 Tom Van de Wiele is an Associate Professor from the Center for Microbial Ecology and Technology at Ghent University in Belgium. Following his M.Sc. studies in BioScience Engineering, he obtained his Ph.D. in Applied Biological Sciences in 2004.  He obtained postdoctoral fellowship from Ghent University’s Specifal Research Fund (2005-2006) and the National Science Foundation (FWO-Vlaanderen) (2006-2012) and was a visiting scholar in 2007 at Ohio State University in Columbus, OH, USA. In 2010, he was appointed professor in the domain of gastrointestinal microbial ecology and technology at Ghent University and he became tenured in November 2014.

His primary research interests deal with the study of the gut microbiome, its metabolic potency, the interactions with the host and the development of methods to steer the gut microbiome in a health-promoting direction. Besides the microbial analysis of the gastrointestinal environment from animal models or human intervention trials, his group is broadly expertised in the in vitro simulation of gastrointestinal digestive processes and the mucosal microenvironment. Using dynamic human gut models such as SHIME®, a wide variety of candidate drugs, functional foods and/or feeds can be screened before a more narrow selection enters the stage of in vivo trials. In addition, SHIME reactor technology is now expanded with mucosal contact surfaces (M-SHIME) and epithelial cell cultures (Host Microbe Interaction module), which allows the study of microbe-host interactions, which are relevant in the field of oral and gastrointestinal mucositis, inflammatory bowel disease or obesity. The research of Tom Van de Wiele has resulted in a scientific output of more than 150 peer-reviewed international publications and the participation as invited speaker in many international conferences. In addition, the gastrointestinal microbiological expertise has resulted in the creation of a spin-off company, ProDigest, which delivers service-based research for the food, feed and pharmaceutical industry. 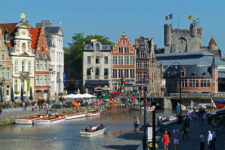