How Lactobacillus casei Shirota (LcS) may maintain the delicate balance in the gut? Proposing a novel mechanism.

Growing evidence strongly suggests that a pro-inflammatory tone and the increase of free radicals are key players in the development of obesity, diabetes, cardiovascular diseases and cancer. Interestingly, the health benefits of consuming probiotics as modulatory agents in inflammation  indicate their potential in protecting the intestinal environment to the detrimental effects of this type of stress.

A new study led by Prof. Mauro Serafini from the University of Teramo, has found that Lactobacillus casei Shirota (LcS) alleviates damages on the intestinal cells induced by oxidative and inflammatory conditions.

Researchers observed that cell incubation with LcS prevented the disruption of the intestinal membrane barrier. LcS presence counteracted the negative effects caused by oxidative stress in the distribution of proteins including E-cadherin, Zonula Occludin-1 and β-catenin. These are tight junction proteins whose main role is keeping the integrity of the epithelial barrier. Some families of these proteins have been even suggested to regulate epithelial cell growth and proliferation. By maintaining the proper distribution of the tight junction proteins, a decreased the membrane permeability in the presence of LcS was also observed in the cell lines.

The study also found that LcS modulated the Nrf2/Keap1 pathway as well as inhibited the NF-kB inflammatory pathway. The first pathway is known as the major regulator to cellular responses to oxidative stress whilst the second induces the expression of a wide range of pro-inflammatory genes. Cells incubated with LcS also showed the activation of the GPX2 gene. This a gene known to play an important role against inflammation and cancer.

In conclusion, this experimental study shows that LcS promotes the activation of a defense mechanism against inflammatory and oxidative injury in the intestinal cells. As the researchers explain, such mode of action is probably based on the modulation of the cellular redox status.

The full, open-access, article can be found here 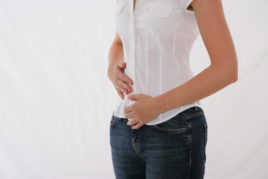